An Interview by an Aspiring Narrative Designer 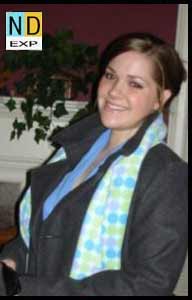 I was contacted recently by a curious mind, it belonged to a student named Margaret A. Cogswell. I asked her to tell me a little about
herself and her program.  “I am a sophomore at Savannah College of Art
and Design, and a game design major.  I recently discovered that I am
really passionate about narrative design and storytelling in general.  I’m
in a Survey of Interactive Media class right now, in which we study the
emergence and progression of digital and interactive media and the effect it
has on the art world (gaming industry included; it is, after all, an art form).
I am required to do a presentation on a specific area of the gaming industry,
and I teamed up with two other people who are also interested in narrative. The Interactive Media and Game Design department is pretty ruthless and intense at SCAD. As a general rule, if your work isn’t excellent, it doesn’t pass the
test. I was looking for resources on the internet when I came upon The Narrative Design Exploratorium… I’d really like to ask you some questions that may help me in my project…” Ask away Margaret.

Margaret A. Cogswell: How did you break into the industry?

Stephen Dinehart: I did game design for casual content starting in the late 90’s. But my real break came while in graduate school at the University of Southern California. I volunteered for MIT’s Education Arcade, they gave me a free pass to E3 for my time, which I then managed to upgrade to a VIP pass. That’s another story, but with my new pass I then proceeded to crash the VIP lounges and networked like there was no tomorrow. I did my best to look and be professional, while hinting that I was cheap. I offered up the idea that I would like to have a internship. Someone in the Warner Brothers Interactive Entertainment (WBIE) lounge took notice. Three months later I got a phone call asking me to interview for the new production internship position at WBIE. MC: Do you have a specific source of inspiration?

SD: Many I suppose. I’m tempted to speak of my earliest. I used to love the stories in pen-and-paper RPGs, I would sneak into the family office and hide out just to listen to my brother Grant and his friends play Dungeons and Dragons and Gamma World, not to mention Avalon Hill games like Axis and Allies. Comic books are also a big inspiration for me, my pops had a sick collection from the 50’s-70s. Then there was this one I got into in the 2nd grade called ElfQuest which for me was the subject of many imaginative play sessions with my friends. Once I remember so vividly running over a hill and seeing an army of trolls coming at us. I knew it wasn’t real, but my imagination was on fire. It was like living the most impossible dream. Saturday morning cartoons, and film also rank high on my scale. The most powerful media experiences for me are those transmedia experiences, which allow me to engage with story on multiples levels, and build my own subjective beliefs about characters, plot, and motivation. It’s what I call Transmedial Play.

MC: Is there a set process that you go through when you develop an idea into a concept for a game?  If so, what is it?

SD: That’s a great question. It depends on many factors, like the team, time-line, resources, and expectations. Media production has been a full fledged force now for over 100 years, there are great processes that already work. The illusion that interactive entertainment is somehow so ‘different’ from other form of media that it demands a entirely new development methodology is not a idea I would embrace. For the most part I see it as my job, like any professional artist, to be able to create on the spot without warning. It’s part of what separates hobbyists and dabblers from professionals. That said, as Hemingway said “The first draft of anything is shit.” Ideas come a dime a dozen, it’s only through refinement, practice, failure, and iteration that you can do your best. I start with a nice pen, and a blank piece of paper. If I’m not
inspired enough, I go out and live life. I read, love, paint, and laugh.

Continue reading An Interview by an Aspiring Narrative Designer.

This page is a archive of recent articles in the Aspiring Narrative Designers category.

Awards and Nominations is the next category.