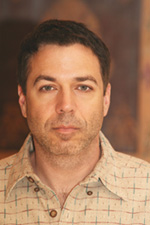 This is an ongoing NDE series featuring interviews with Masters of Narrative Design™. While a seemingly new term, the design of story experiences is nothing new. As game developers are increasingly looking to create meaningful virtual narrative experiences, looking at the lessons learned by these masters becomes increasingly valuable. Today’s master is engineer, game creator and producer Scott Miller. As an early innovator in game development and marketing methodologies, Scott now has his focus on pioneering the future of games, storytelling, and cross-media entertainment experiences. I’m hoping to see what we can learn from his wealth of experience.

Stephen Erin Dinehart:  Scott, thank you for taking the time to interview with the NDE. Your approach to game development and marketing seems
to be a symbiotic approach whereby the gameplay, system design, and
story are interwoven to create a more rich experience for the player.
What drives you to create such concinnity within these game elements? 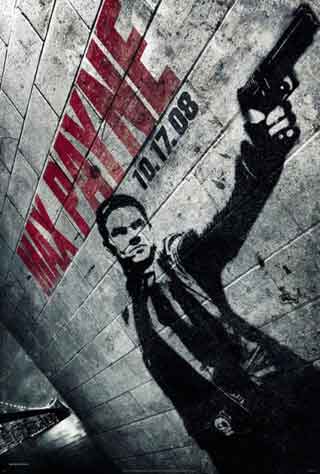 Scott Miller: The key is that I want to be involved with games that
embrace good storytelling methods, as well as deliver a unique,
fulfilling gameplay experience.  And of course I’m not referring to
puzzle or arcade oriented games, but games like Max Payne, Bioshock,
Half-Life 2, Assassins Creed, GTA4 and Call of Duty 4, that all
represent a higher bar in terms of narrative delivery and impact.
These are the games pointing the way to our industry’s future.  And
they all deliver both on the story and gameplay fronts.

SED: Your most recent venture is with The Radar Group, can you explain what you do there?

SM: Radar Group is a new model for the industry, focused on
original properties designed to be successful in both the game industry
and linear entertainment, such as the film industry. Max Payne is our first film [See video clip to right], due out Oct. 17th, plus we have several games in progress.

SED:  Why is original IP important to video games?

SM: Several reasons.  Including these two:  It builds much more
value within the game industry, and especially for independent studios
(assuming they are owners or co-owners).  This value can be leveraged
to create even more entirely original games.  For example, 3D Realms
co-created Max Payne with a start-up indie studio, Remedy
Entertainment.  This net result is that Remedy because a successful
financially independent studio capable of created more original games,
such as their current game-in-progress, Alan Wake.

The second reason is that licensed properties, in most cases, lack
elements that make for compelling gameplay.  This is why, of the 10’s
of 1000’s of films, novels and TV shows, less than a dozen have made a
meaningful impact in the game industry.  The rare few that have been
successful all have elements that translate into unique gameplay, such
as Spider-Man (web-slinging), Star Wars (force powers, light saber
dueling), and James Bond (gadgets).  Star Trek, by comparison, doesn’t
appear to have elements that translate into unique and compelling
gameplay.  This is why most Star Trek games are doomed–they simply have
nothing to offer, gameplay-wise, that we can’t get from other games set
in space.  I recently presented this view to a former executive of
Activision, one of the guys who was originally involved with
Activision’s long-term signing of the Star Trek brand.  He fully agreed
that, in hindsight, Star Trek doesn’t have the unique ingredients to
make great games.

This is an ongoing NDE series featuring interviews with Masters of Narrative Design™. While a seemingly new term, the design of story experiences is nothing new. As game developers are increasingly looking to create meaningful virtual narrative experiences, looking at the lessons learned by these masters becomes increasingly valuable. Today’s master is game creator and producer Louis Castle. Beyond being behind some of the most ground-breaking titles of recent years, Lou is a visionary and one of the leading game producers in the world. His work in games is one of the reasons many industry professionals find themselves making games today. I’m hoping to see what we can learn from his wealth of experience.

Stephen Erin Dinehart: Thank you for taking the time to do this interview, I know you are a very busy man. Your career has lead you to be VP at EALA and Executive Producer at EA‘s Blueprint, can you explain what you do there?

Louis Castle: My role in the studio is to engage with all the teams and bring my experience into today’s development. I help cultivate talent, consult and test their design ideas and become more clear on their vision. I also work with external partners to see how we can find more ways to work together. It is the best job in the world!

SED: What is “story” to you and what purpose does that “story” serve in games?

LC: “Story” in a game is the setting and events that serve to drive the fiction in the game world.  It may consist of dialog or plot lines or it could simply be a very rich, detailed world that the game activities exist within.  Since all games are interactive, the extent to which players choices affect others in the world is the extent to which the player can be participant rather than viewer of the fiction.  I believe that difference allows our medium to have the best emotional tie between the consumer and the story among all the narrative mediums.

SED: As a gamemaker how does well-crafted gamestory affect your work and vision?

LC: The crafting of the setting, events and characters in a game’s story make the difference between a software toy and a true interactive experience.  I think a game story, as defined above, is critical to the game and franchise’s long-term success.

SED: Being on the cusp of the collaboration between the film and game industry, how do you see game development changing to meet the growing expectations of today’s audiences?

LC: As the devices that we use to deliver our entertainment improve in power and scale we continue to drive toward the elusive goal of a fully interactive world in which a dramatic story of the player’s choosing unfolds.  Although technology has been the largest inhibitor to date we are now at a point where the creative decision of how much interaction can be allowed has become the major issue to resolve.  I believe this is the biggest change ahead of the industry over the next few years.  Every genre is moving beyond the base mechanics and into the realm of how much interaction the player should have within their respective game worlds. 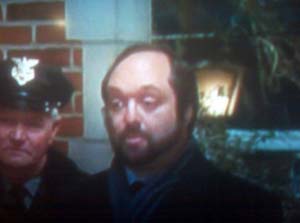 This is the third part in an ongoing NDE series featuring interviews with Masters of Narrative Design™. While a seemingly new term, the design of story experiences is nothing new. As game developers are increasingly looking to create meaningful virtual narrative experiences, looking back at the lessons learned by these masters becomes increasingly valuable. Today’s master is David Sosna, director, writer, producer, actor, and engineer, in his seasoned career he has worked on Tv dramas, music videos, feature films, video games, live performance and more. He gets the job done, on budget, on time, and focuses on giving his audiences the most entertaining experiences possible. Today I’m hoping to see what we can learn from his wealth of experience in popular media.

Stephen Erin Dinehart:  David, thank you for taking the time to interview with the NDE. How do you feel your previous work in entertainment relates to your current position?

David Sosna: I spent my motion picture career as a First Assistant Director on feature films. That work focused on deconstructing a script, extracting its requirements, providing an unambiguous schedule of what to shoot when, with what assets present. Then, during shooting, running the set, making ad hoc decisions, keeping the train moving. Now that I’ve switched to Associate Producer, my previous work experience is much more applicable.

SED: As a person who has worked on high profile projects for film, Tv, the stage, and video games, how does well-crafted narrative affect your work?

DS: When working on content, especially narrative design, story is everything. Story and dialog, actually. For me, the old saw, “If it ain’t on the page, it ain’t on the stage” still works. I just saw Batman last night. The world thinks it’s a great movie. I think the last half of the picture is incomprehensible, lacks credulity and is too frenetic and opaque to be understood. That’s not good story telling, in my view, in spite of earth-shattering grosses.

SED: When mentoring me at Relic you provided the best notes I’ve seen. In that, what are your top five rules for creating quality game screenplays?

DS: 1) Write believable, interesting characters that the audience cares about. 2) Keep it moving. 3) Excise excess. 4) Be unambiguous and easily understood at all times. 5) Make every word count, be required and believable; especially dialog.

This page is a archive of articles in the Masters of Narrative Design™ category from August 2008.

Masters of Narrative Design™: July 2008 is the previous archive.

Masters of Narrative Design™: September 2008 is the next archive.